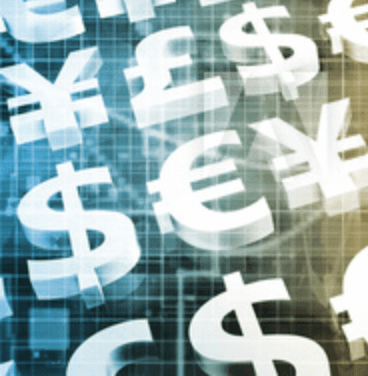 Easter holiday week has not been kind to the Australian Dollar as it slid large in thin market trading. The worst performing currency, it has depreciated nearly 2.0% against the Japanese Yen. CPI q/q printed down at 0.0% on 0.2% expected, aggressively knocking the Australian currency lower momentarily under 0.7000 against the big dollar. The CPI number y/y is the worst result on record. The result has increased the odds of a rate cut at the 7 May RBA meeting. It’s a quiet week for Australian economic data with only Building Approvals Friday to get excited about.

Easter holidays made for a mixed week of trading for the New Zealand Dollar in thin market conditions. Trade Balance the only highlight published at 922M based on expectations of 131M from the month of March The numbers were higher than normal based on seasonally adjusted exports for dairy, meat and forestry products. The 922M surplus of exports is the highest since April 2011. ANZ Business confidence printed only slightly changed from prior this morning, but it was weak Chinese Manufacturing data which put pressure on the kiwi across most NZD crosses, the NZD/USD dropping 20 points following the release. NZ unemployment is expected to drop to 4.2% from 4.3% Thursday.

The US Dollar remains the top performing currency for April with the greenback now 2.45% stronger than the New Zealand Dollar. The US Dollar index has been to 98.30 last week which is the highest reading in over a year, showing how resilient and robust the US economy generally is. Quarterly GDP printed at 3.2% instead of the expected 2.2% Saturday showing an improvement to overall growth. The figure was however undermined by personal consumption which allows for approx 70% of total GDP. President Trump has confirmed he wants oil prices lower by making a phone call to OPEC telling them so. Prices dropped from around 66.50 per barrel to below 63.00 Monday. The US have also tightened sanctions on Iran with Saudi and the UAE to compensate for the lack of supply required with Iran exports dropping. US and Chinese trade talks will continue this week with Mnuchin saying they are getting close. The chances of the Federal Reserve now dropping their cash rate in the following 12 months looks slim. This week’s economic docket is massive, with the Fed cash rate and monetary conference, Non-Farm Payroll and unemployment and several fed members speaking later in the week as some of the highlights

Debt levels in Greece, Italy and Portugal remain a concern for the EU. The EUR deteriorated during last week’s trading in shortened volatile conditions. Starting the week above 1.1200 the EUR slipped to a fresh yearly low against the US Dollar bottoming out around 1.1100. In fact this level hasn’t been seen since May 2017 showing the extent of the recent decline. German economic data has been a shining light in the eurozone region with consumer spending and a robust labour market propping up the region’s largest economy. IFO Business climate Index was down at 99.2 instead of the expected 99.9 reading reiterating the slow slide with the country starting to lose positive momentum putting further strain on the Eurozone. Spain’s ruling party have won the national election but have fallen short of obtaining a majority. They are now considering options to form a new government. Delay could spell political uncertainty with the socialist govt wanting to govern alone it they can.

The English Pound dropped in value over the week against most of the major currencies travelling below the magical 1.3000 area against the greenback settling around the 1.2920 area a two month low. Fundamentally we had little action macroeconomically with little Brexit news also to bother us. Brexit uncertainty still weighs down the currency and will do so for quite some time led by cross party breakdown of meaningful talks. Some Conservative MPs plan to tell Prime Minister May to name her exit date, or else she will be ousted in June. May has been unable to pass the withdrawal agreement through a divided parliament, and her days could now be numbered at 10 Downing Street. This week’s focus will be on the Bank of England rate and monetary policy Thursday. We are expecting no change to the current 0.75% although data has improved since the March release the central bank won’t shift until further certainty around Brexit becomes apparent.

Trading conditions are quieter than normal for a Monday with Japan closed still closed for Golden Week holidays. The celebration of the new emperor runs until the 6th of May. The only data of note this week on the economic docket is Manufacturing Index (PMI) which should reflect optimism in the sector based on previous prints. Last week’s (BoE) Bank of Japan rate decision confirmed low levels (currently -.10%) to continue through to mid 2020 but taking into consideration further economic uncertainty. The central bank sees 2019 CPI at 1.1% with GDP revised to 0.8% from 0.9% earlier.

Last week’s focus was firmly on the Bank of Canada Monetary policy statement. The BoC left their cash rate unchanged at 1.75% with the statement showing a slowing global economy since its last meeting in January. Ongoing trade disputes aligning to Trump and US trade policy has created further uncertainty undermining business sentiment and activity. The central bank has downgraded its 2019 growth forecast with the bank saying they are in no hurry to shift the current rate removing earlier talk of possible future increases. This fresh view on policy brings their policy in line with the Federal Reserve and other major central banks. The bank has hinted to higher rates in every policy meeting since late 2017. Governor Poloz said “we will continue to evaluate the appropriate degree of monetary policy accommodation as new data arrive”. This week on the calendar sees monthly GDP and Poloz speaking later in the week.

• Easter trading conditions keep volumes thin and volatility up
• Aussie q/q CPI prints down at 0.0 from 0.2% expected
• Bank of Canada keep rate unchanged at 1.75%
• US Core Durable Goods surprises to the upside at 0.4% on expectations of 0.2%
• US quarterly GDP prints at an impressive 3.2% based on markets forecasting 2.2% the strongest on record