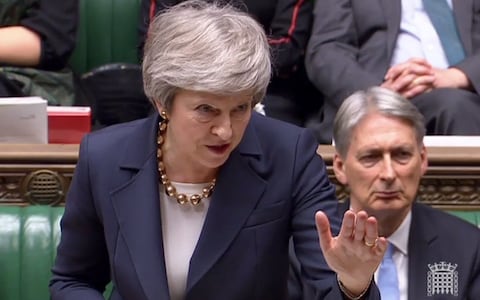 Equity markets continue to be on a wild ride of late with realities of ongoing trade tariffs and the Fed backing down from its recent staunch angle on its tightening bias. With a fair amount of uncertainty still in the air US stocks have been volatile. The S&P was down 62 points Friday -2.3% to 2633, the Nasdaq fell 219 points over 3.0% to 6969 while the DOW closed down 558 points- 2.25% to 24,284. The S&P has been noted as registering declines of over 2% more than 16 times in 2018 compared to nil in the 2017 year. With equities continuing to fall investors are becoming increasingly anxious of prospects of a recession in the developed countries. The current pattern of such an event happening does not quit fit with times gone by of economic trends to suggest this. In the group of the 7 biggest economies Germany, Italy and Japan have all experienced slower economic indicators over the last three months signalling weaker global demand. Crude oil prices have fallen sharply showing a weaker global overall demand and oversupply problem. The International Monetary Fund’s (IMF) chief economist Maurice Obstfeld is retiring at the end of the year, offering up comments prior to his departure warning that global growth is slowing and the US economy won’t escape the downdraft. He described global growth as “steady or plateauing”. China growth has slowed for November as the effects of the tariff war take hold with the effects oi shipping front-loading. Total exports grew by only 5.4% from the previous year coming off a 15.6% increase for October with the result expected to be somewhere around 10.0% China’s total trade surplus has grown to 44.7B from 34B in October. The addition of 155,000 jobs to the US employment market was significantly down on the 200,000 expectations Friday adding further doubts that the Fed will stick to its three rates hikes in 2019. Unemployment remained the same at 3.7%. The result dragged associated risk currencies lower, the kiwi back in the low 0.68’s but holding tough compared to other currencies- the Australian Dollar losing 1.4% against the big dollar.

The Australian economy only grew by a poor 0.3% after missing forecast for an increase of 0.6%. This was seen as an unusually large blunder with the weakest quarterly expansion since 2016. Year on year figures have slowed to just 2.8% well below the 3.3% speed predicted. This will now cast doubts over any such increases in the official cash rates over 2019. The official Cash rate was announced unchanged at 1.50% extending the period of no change since August 2016. Christopher Kent the assistant governor of the RBA spoke Monday saying progress was being made on lowering the unemployment and rising inflation. Wage growth has picked up but the next move could be up or down with the central bank forecast remaining positive. Tightening credit on lending could be detrimental with the banks suggesting smaller businesses could suffer getting the required funding as this has a large flow on effect to overall growth and business confidence. Economic data is limited to House Price Index figures which are expected to be -1.5% – most of the result will be already prices into currencies but I suspect we should see the AUD deteriorate slightly. Consumer Confidence prints Friday.

The new Zealand Dollar endures a mixed bag last week, down 1% against the Japanese Yen and a hefty 1.31% versus the Australian Dollar. The initial trade truce between Trump and Xi Jinging seemed to move negotiations in the right direction but has since taken a turn for the worst with a fresh hard line by Trump making the situation not so rosy. Markets became risk averse and no so upbeat retracing all of last week’s gains against the greenback. Non Farm Payroll printed down on the 200,000 job numbers expected to be included to the US job market at 150,000 surprising markets and causing nervous concerns with equity markets falling. Last week’s official change in the (GDT) Global Dairy Trade- price index represented a lift to prices by 2.2%, with whole milk powder coming in at 2.5%. This is the first increase in overall prices since May with prices lifting off two year lows. Fonterra could adjust its forecast farmgate milk solid price from $6.75 to $6.00 to $6.30. It’s a quiet week on the NZ calendar with only tier two NZ Manufacturing data out Friday.

US Jobs data printed softer than markets were expecting at 155,000 down from the 200,000 increase to US employment Friday crashing equity markets and putting risk trades on notice. After rallying strong in the last week of November equities have reversed huge. The S&P has dropped nearly 5% the biggest weekly fall since March 2018. 10 year treasury yields a global benchmark for growth slipped for the fifth consecutive week to 2.8% the August low and the longest run since April. The greenback fell against most of its rivals under performing amid uncertainty. A week after President Trump and XI Jinping made a truce with deal in Argentina details on the deal have become hazy with tougher negotiations and shifting deadlines. The two sides agreed on a negotiating period of 90 days in which the 200B of Chinese goods would not rise to 25% as they planned to do on 1 January 2019. In the terms of what we understand – China agreed to buy large volumes of goods and services including soybean and natural gas purchases over the next few weeks with China considering to lower tariffs on US Automobile manufacturers. These purchases would serve as a good will down payment on future negotiations. This week on the docket we have monthly CPI and Retail Sales.

The Euro remarkably outperformed all other main currencies last week except the JPY climbing to nearly 2.0% against the struggling Aussie Dollar and gaining 1.3% against the US Dollar. US Dollar struggled leading into the close with poor Non Farm Payroll figures releasing creating Dollar weakness pushing the Euro to 1.1450 late in the NY session. Italian  Budget narrative continued over the weekend with the EU reporting they may grant the Italians further time. The EU may give the Italians an additional 6 months to comply with the budget constraints with the ruling League and Five Star parties unwilling to reduce the budget from the 2.1% on annual economic output for 2019. The Italian government is ready to lower it to 2.1% but the EU wants the figure to be closer to 1.9%. Friday we have the ECB refinancing rate which is not expected to shift from the historical low of 0.0%. Recently the ECB has had cause for concern with worrying Brexit signs and the US trade war but these factors are not enough to change the current monetary policy direction.

The British Pound remains choppy around the 1.2750 area as Brexit headlines still impacting price. Theresa May is still trying to win over crucial Tory MPs before they decide whether to proceed with voting this Tuesday- Wednesday NZT. With less than 48 hours before voting takes place not many of the over 100 plus who have said they will oppose the deal have shown any sign on changing their minds. UK could be damaged for a long time to come if the division over Brexit continues. At this point there is no plan B on the cards if the Brexit deal fails, as there is no consensus in parliament for any other options. This would bring about carnage with several ministerial resignations. Economic data this week won’t have much of an impact of the Pound with monthly GDP and later unemployment to print. The Pound could sustain a fair amount of downside play this week if things don’t work out with Brexit as we anticipate. In the latest news Prime Minister May confirms to media that tomorrow’s vote will be delayed to be as late as 21st of January 2019.

The Japanese Yen outperformed over the week gaining to a five week level of 112.20 against the greenback. Risk sentiment deteriorated over the week after Trump’s comments regarding the truce with China.  Comments to come out of last weekend’s G20 from Trump suggested a 3 month truce with further negotiating to take place but were dispelled when the president changed his tune and went on the defensive taking on a hard line approach to protecting US assets. When we look at the decline of equity markets and a lowering US 10 year Bond curve we suggest the price action moves below 113.00 seems modest. Further downside momentum is expected if equities remain under pressure. The ongoing trade war uncertainty should also give the JPY a further boost. third quarter GDP and October trade data is expected to disappoint markets. A retest of 111.00 looks possible this week.

Canadian unemployment shifted off the 5.8% markets were anticipating Friday to 5.6% highlighting more jobs were added to the Canadian job market for November. The record 5.6% should improve the odds of a hike in the Canadian cash rate by the Bank of Canada in January 2019 with improving wage growth. The record 94,000 positions that were added were mostly full time with gains fairly widespread across the different business sectors. OPEC -The Organisation of the Petroleum Exporting Countries met last week in Vienna agreeing on the size of oil production cuts. The 1.2M barrels per day starting in January with a review in April. This comprises of 800k barrels per day by OPEC and the balance will be met by other OPEC countries. The cut is bigger than we were expecting with Iran holding up the process. The non OPEC volume is only likely to have small effects to the crude oil price. Crude jumped to 52.50 after the news strengthening the CAD. However the Bank of Canada will be closely watching progress on price up to the net BoC rate announcement on 9th January 2019. It could be a quiet week for the CAD with no significant data to publish.

Get your free online quote