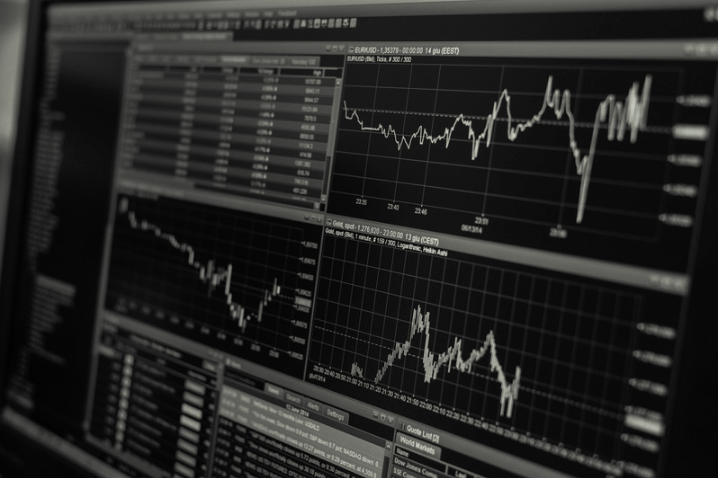 Data out of Australian has been positive to start 2020 with a “triple data boost” taking the Aussie off early 2020 lows. Last week’s Building Approvals printed a whopping 11.8% based on forecasts of 2.1% and Trade Balance rose to 5.8B surplus from the predicted 4.1B we were expecting. Also, Aussie Retail Sales closed the door on a buoyant week of support for the currency after figures showed a print of 0.9% growth for December Sales from the forecast 0.4%. This week could see further buyers of AUD push the currency over 2020 opening cross prices. Chinese Trade Balance today and later in the week when yearly GDP prints could be the main drivers. Iron Ore prices are holding steady around 93.50 from the 2020 open of 92.58.

Happy New Year to all our Direct FX clients and readers.

The 2019 festive season was less volatile than the previous year but we still had thin trading conditions with decent swings taking place. It will take a couple of weeks before currency pairs are back in full swing with regular volatility as market participants filter back into markets. The New Zealand Dollar over the course of 2019 was stronger than the Australian Dollar and the Euro but weaker than all other majors. The kiwi has started 2020 on the back foot slipping from recent highs due to risk factors. Tier one data in 2020 starts this week today when NZIER Business Confidence releases.

The US Dollar is the strongest currency performer over the past week with the Index improving from its early January lows. Friday’s Non-Farm Payroll release printed slightly weaker than the predicted 160,000 jobs at 145,000 with downward revisions of 14,000 each month for November and October. Average Hourly Earnings came in at 0.1% from 0.3% predicted and the unemployment rate was unchanged at 3.5%. These numbers were seen as largely benign and somewhat boring. This will give the Fed further optimism to keep their view that no change to policy is required. It seems recent threats by both the US govt and Iran has turned into a storm in a teacup with both sides opting out of a war scenario for now. Consumer Price Index and Retail Sales are the anticipated economic events of the week.

The Bank of England Board has recently been discussing the prospects of cutting the cash rate on the 31st of January to allow for uncertainty and potential economic disruption post Brexit. The EUI and UK have until the end of 2020 to agree on the terms for an trade agreement. Given it’s already taken over 3 years to get to this point this timeframe may seem a long way out but it’s not. Also, the EU have said they won’t be rushed into making a deal just because it’s convenient for the UK – currently Boris Johnson has not made any allowances for any extension past 31 December. This was voted in by MP’s last week and now must get the nod from the house of lords before being law. UK CPI y/y and Retail sales for December publish this week.

Eurozone CPI Estimate for December published at 1.3% meeting expectations and beating November’s 1.0%. The Euro lost a chunk of its value over 2019 against a broad range of currencies based on poor economic data, international trade concerns and political risks. During late September the currency hit a yearly low versus the big dollar at 1.0900 as economic conditions in Germany weighed on prospects along with the ECB risk of further easing to monetary policy. Many analysts believe 2020 will be a better year for the Eurozone with more support for the EUR. Expectations are that the Euro could be trading about 1.15 by the end of the year against the Dollar- especially if the US election brings surprises. Against the NZD we expect prices to pivot around the 0.6000 area for most of the year.

The Japanese Yen has reversed late 2019 gains across a raft of currency pairs into 2020 with the currency the worst performer last week. With tensions easing in US/ Iran and a benign US Non-Farm Payroll reading ending the week, investors exited Yen and bought back risk related assets. Optimism surrounding the US/ China trade deal has also added a better mood with investors and not to mention higher equity prices have driven economic sentiment. The Japanese current account will be up around 1.8T- anything less than this could impact the Yen

Despite favorable employment data out in Canada early Saturday morning the Canadian currency was strangely unmoved. Jobs numbers showed an improvement from the 24,000 people who entered the workforce to 35,200 and the Unemployment Rate dipped from 5.8% to 5.6%. These represent good numbers BUT, with the Canadian Economy still trading in a negative/ inverted yield curve – the worst since 2000, this should spark the Bank of Canada to drop the cash rate. The 10-year government bond is 40 points below the 3 month rate as an example. The only reason the BoC did not drop rates on the 5th of December is they are tracking around the 2% inflation target. The next monetary policy release is January 23rd with good enough reason we believe based on the inverted yield to cut rates to 1.5%. No data on the Canadian calendar this week.