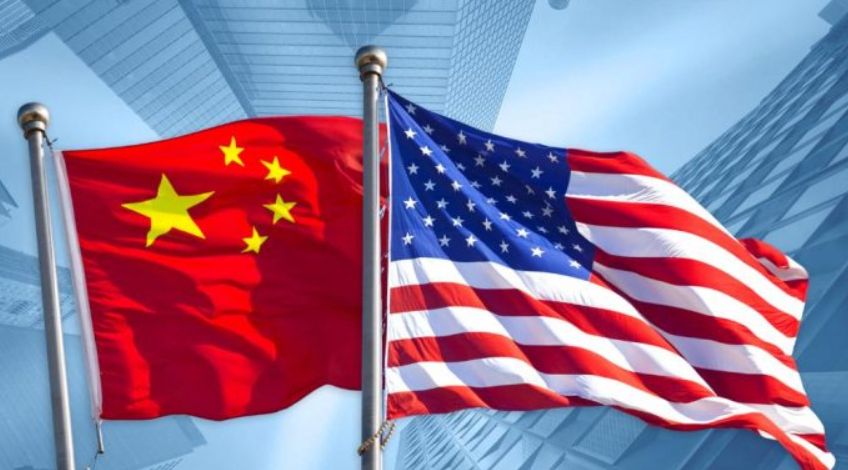 Seasonally adjusted construction figures disappointed Wednesday after numbers showed a declining sector. The total construction for September fall 2.8% for the quarter based on predictions of 0.9% growth. With Melbourne and Sydney house prices dropping recently this follows a trend which could follow through well into 2019. Comments from last week’s RBA minutes concentrated on the importance of the Australian Dollar playing a part in setting future monetary policy. Its business as usual for the RBA unless a sudden market shock event was to surprise. In the event of a strengthening global economy, the effect on the Australian economy and the outcome on the exchange rate of the AUD would be pivotal. Fed chairman Powell spoke Wednesday night making dovish comments towards further tightening bias which turned markets to risk on with the Aussie Dollar pushing north versus the big dollar. Private Capital Expenditure released at little light at -0.5% based on predictions of 1.1% but had no real effect on price.

The New Zealand Dollar, surprisingly, after running the numbers has been the strongest currency of the main basket since August 2 2019 outperforming everything with the greenback a close second. On August 2 we were trading around the 0.6780 area compared to today’s price of 0.6860 level. Clearly this is no huge shift in price action but with a short spell to 0.6420 it shows how resilient the NZD has been compared to its rivals which have all devalued in comparison. Adrian Orr delivered his Financial Stability report Wednesday saying the NZ financial system is sound and while offshore trade risks still are a little unsettling, economic risks have abated. LVR lending ratios were lowered in favour of the investor and home owner suggesting credit banking credit risks are in a good spot currently. ANZ Business confidence printed bang on expectations with no surprises. Interests now lies with G20 tomorrow.

The US Federal Reserve chairman spoke at the economic club of New York delivering a speech which indicated he was not inclined to continue with the projected interest rate hike plan. He said although rates are still low by historical measures they are “just below the broad range of estimates of the level that would be neutral for the economy”. These comments are significantly different to comments he made in early October when he said “we may go past neutral, but we are a long way from neutral at this point”. We think the Fed will hike to 2.5% on the 14th of December 2019 but through to mid 2019 we may see no further hikes with a ‘wait and see” approach depending on economic developments. The speech rallied equity markets and commodity products as well as associated risk currencies with the kiwi going higher. We received more clues as to the interpretation of Powell’s comments this morning when he confirmed his early statement reiterating a change to current policy in 2019.

After nearly two years of negotiations the EU have finally given the go ahead with the divorce of the UK Sunday during a meeting in Brussels. After less than an hour of discussions the EU has given the thumbs up for Theresa May to continue. The Problem now lies with her ability to convince her parliament to support the agreement which is reportedly slim. A no deal Brexit could see the Pound diving to unknown territory, worse than the global financial crisis and the weakest level since world war two. The Bank of England (BOE) has publicly said the British Pound could deteriorate in such a crisis by more than 25% in value. It wouldn’t end there – UK Housing could fall by a third and the UK economy could weaken by 8-10%. This assumption is clearly a worse case scenario based on a “disorderly Brexit”. This is an event where the UK crashes out of the EU with no deal and nothing to show. The withdrawal deal now faces a yes or no vote in the British parliament on December 11.

The Euro received some relief Wednesday after Fed chairman Powell spoke on monetary policy rallying the Euro and risk associated currencies. Markets have interpreted his comments as slightly dovish based on future rate hikes unlikely to continue its projected plan. The Italian budget agenda is dominating the European headlines still with reports suggesting the budget could be reduced to 2.2% of GDP with other sources suggesting the figure is closer to 2.0%. It’s not clear how the drop in spending would be reduced nor was it certain on how the changes would satisfy the European Union. In a statement midweek deputy PM Di Maio hinted they would actually take a tougher line with reducing the deficit saying “the objectives that have already been fixed are confirmed”. G20 Friday threatens to be a tense affair with Trump wanting to concentrate on trade tariff talks with China high on his agenda.

The Japanese Yen turned positive Thursday after Jerome Powell made dovish comments hinting the current Fed hiking plan may need adjustment in 2019. The Yen came off a high of 114.00 versus the greenback pushing to 113.40 late Thursday. The Nikkei made further gains trading nearly 1% higher to 22390 along with buoyant Japanese Retail Sales also impacting the JPY after figures showed an increase of 3.5% gain in sales for the month of October compared to 2.7% markets were expecting. Looking ahead we have consumer confidence and the unemployment rate which is expected to remain the same at 2.3% along with Fridays G20 to get underway in Argentina.

The value of Crude Oil has declined around 35% since the rally to its highest price since 2014 during October, this has weighed on the Canadian Dollar hugely. If we go back 10 years and compare the correlation between the USD/CAD and the Crude Oil price we see a 79% positive relationship which shows the extent to which the Canada earns US Dollars being a high percentage of Canada’s revenue. The Loonie (CAD) spiked to 1.3240 from 1.3350 Thursday after Powell said he sees rates near neutral, a considerable shift from his comments made on 3 October when he said the Fed cash rate was far from neutral, indicating more rates were coming. Equities soared and the US plunged across the board with Crude Oil recovering off its low to trade back at 50.65. Canadian GDP prints late Friday but all eyes will be focusing on the G20 summit in Argentina. The G20 will hold massive interest as it could very well hold the key to determining market direction over the rest of this year.

Previous ArticleEU Approves Brexit WithdrawalNext ArticleTrump halts tough talk on tariffs
× How can I help you?