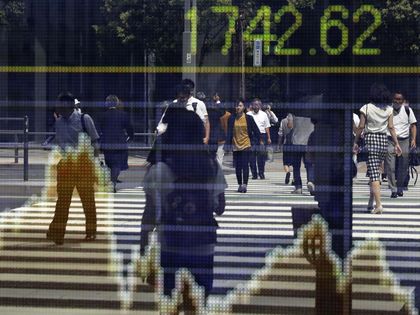 Last weekend’s G20 meeting in Osaka, Japan ended with what seemed a truce of sorts between the US and China with President Trump agreeing to not impose additional tariffs to the remaining Chinese exported products. Details from the meeting lacked any real clarity, but the few facts we have seem to have been enough to boost market sentiment this week. Although Trump said “we are on the right track” no-one really knows what this really means. The prolonged unknown is awfully detrimental for corporate sentiment as the global economy continues to slow. With no real light at the end of the tunnel the situation will continue to weigh on the corporate sector and tighten financial conditions.

The RBA has decided to cut the cash rate from 1.25% to 1.0% Tuesday. This comes in line with a cut also at the June meeting highlighting two cuts in two months, something seldom seen. The easing of the monetary policy should support local employment over the next while as recently unemployment has risen to 5.2%. The RBA also said this lower cash rate will provide greater confidence to help inflation meet medium term targets. The fallout generated by the trade dispute between China and the US is tilting global economic momentum to the downside. Australian Building Approvals printed well along with a record trade surplus at 5.75B after 5.25B was expected. The Aussie dollar has pushed up across the board, the best performing currency in the major group.

US Equities have closed at record highs, the S&P closed at 2,995 the DOW at 26,965 and the NASDAQ at 8,170 just shy of its all time high of 8,176. ADP payrolls increased by 102,000 for June based on a polled result of expected of 140,000. US ISM Manufacturing nudged lower to 55.10, 1.8% lower than the May reading of 56.9. This shows continuing growth in the sector but at a slower speed. This disappointing data strengthens the Federal Reserve’s case for lowering their cash rate at the next meeting on 1 August. Last month the Fed left the door ajar for easing policy by saying they would “act as appropriate” to keep economic growth moving. Non-Farm Payroll (NFP) tonight is firmly in focus and should reflect a soft ADP figure and send the US dollar lower.

The New Zealand Dollar has benefited from an optimistic risk shift coming off early week lows to bounce back to trade around the weekly opens on the crosses. With NZIER Business Confidence releasing down on expectations at a 10 year low, making the chances of a cut at the RBNZ August 7 meeting almost a given.

The International Monetary Fund’s Lagarde has been touted as a person to replace Mario Draghi when he steps down as president of the ECB in October. She has suggested the ECB will continue with its “easy money” policy as the ECB struggles to speed up the growth and inflation path in the region. With the lack of political leaders in the EU the 28 head of states are looking at options of replacing Draghi for the next political cycle with a female leader.

Previous ArticleToday’s RBA holds market focus, with markets split over rate cutNext ArticleUS employment gains drive the USD
× How can I help you?