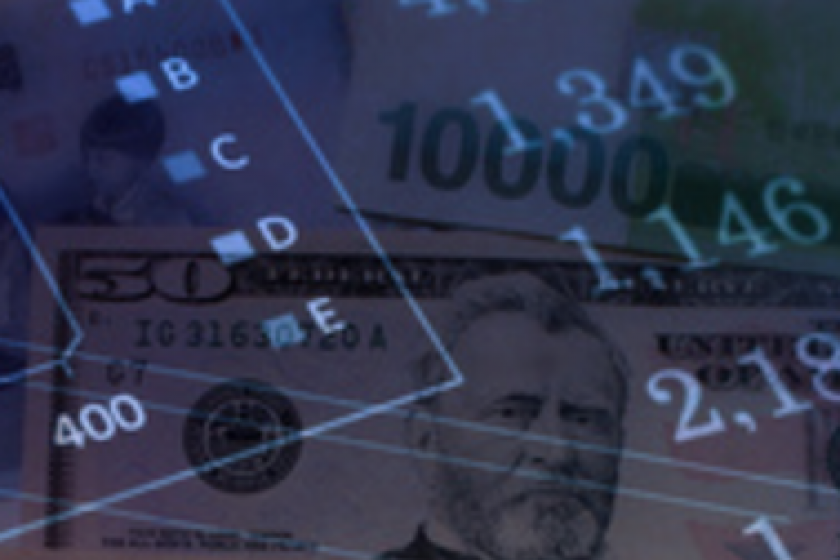 Equity markets are trading at new three week highs with the DOW, and the S&P 500 trading sharply higher for the third straight day. The DOW up 500 points on this time last week to 25709 and the Nasdaq to 7414 from 7250. As we reported prices to continue past 25500 last week this is an incredible turnaround from the February low of circa 23400 in the DOW particularly. The US Dollar index trades around the 89.82 zone confirming the US Dollar had a comeback week retracing recent weeks movements over most major pairs. The ECB is currently buying huge amounts of bonds per month and will continue until September 2018. The meeting in March will signal what impact this will have on monetary policy for the rest of 2018 and 2019. The BoE governor Ramsden spoke about the need to raise interest rates faster than anticipated based on accelerating wage growth factors. The Pound (GBP) dropped in value against the cross currencies. Brexit concerns are still a hotly talked about subject with just 6% of small and medium sized businesses saying the Government is not listening to their concerns, businesses are worried about what the implications are, the government must consider this when the next negotiating is done. END_OF_DOCUMENT_TOKEN_TO_BE_REPLACED 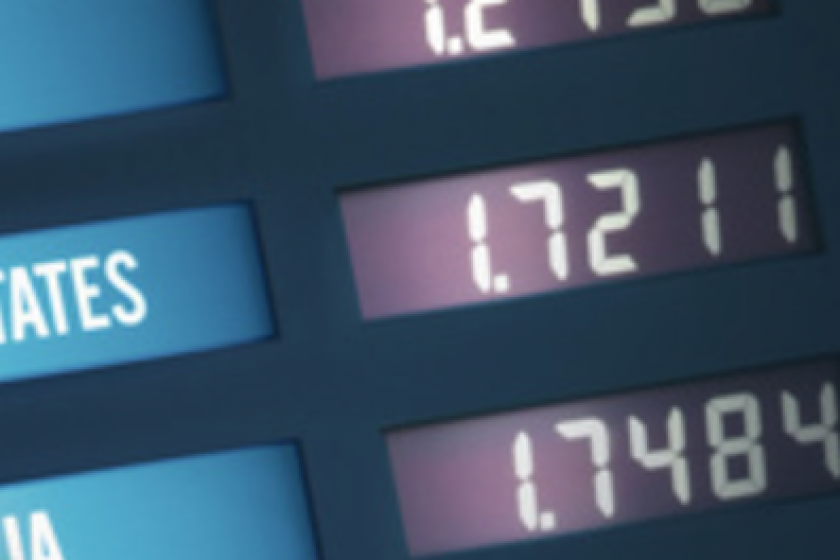 The Australian Dollar (AUD) has traded lower over the week coming off last week’s high of 0.7885 to trade as low as 0.7790 Friday morning. FOMC highlighting a hawkish tone early in the week suggesting the US economy was building at faster than expected pace. The Australian Dollar sold early in the week after the RBA hinted they were in no hurry to raise rates based on weaker than expected wage growth suggesting a wait and see style approach. Friday saw Australian Dollar (AUD) turn positive after market participants lost support for the US Dollar, I suspect sentiment of the pace of the “real” US economy may not be as fast paced as one thinks. Next week is a quiet week for local data with only quarterly Private Capital Expenditure due on Thursday. Reasonable levels for buyers of USD if the strength of US Dollar continues. END_OF_DOCUMENT_TOKEN_TO_BE_REPLACED 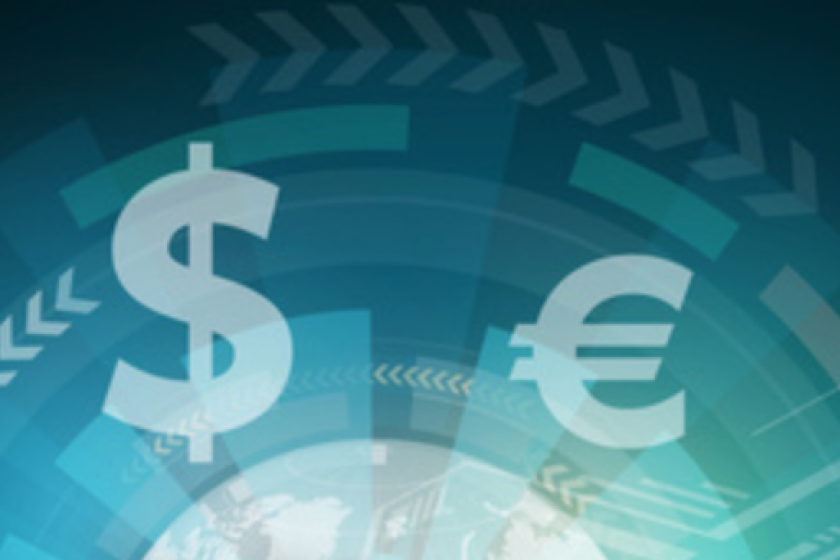 Equity markets remained positive over the week with the DOW up slightly to 25219 and the DOW back up to 2732. Earlier levels over 25400 almost seem inevitable as Stocks continue the upward trend from the February 09 low, a huge turn around after seeing record breaking falls recently. We saw another week of the greenback falling away with higher than expected CPI inflation reports pushing currency prices to highs. The US Dollar hitting a 3 year low over the week the US Dollar Index trading at 89.12 as volatility in the markets should continue for a while yet. Growth in the United States is on the improve as tax cuts should push the economy higher along with massive infrastructure plans which will in turn push commodities higher, the stagnant US economy looks to have shaken off its 10 year “lull” –markets watch this space with anticipation. US inflation surprised the markets to the upside surpassing expectations of 1.9% to print at 2.1% and 0.5% for the month- well above the 0.3% expected. This confirmed fears of an expected faster increase in rate hikes triggered by the earlier non-farm payroll report. END_OF_DOCUMENT_TOKEN_TO_BE_REPLACED 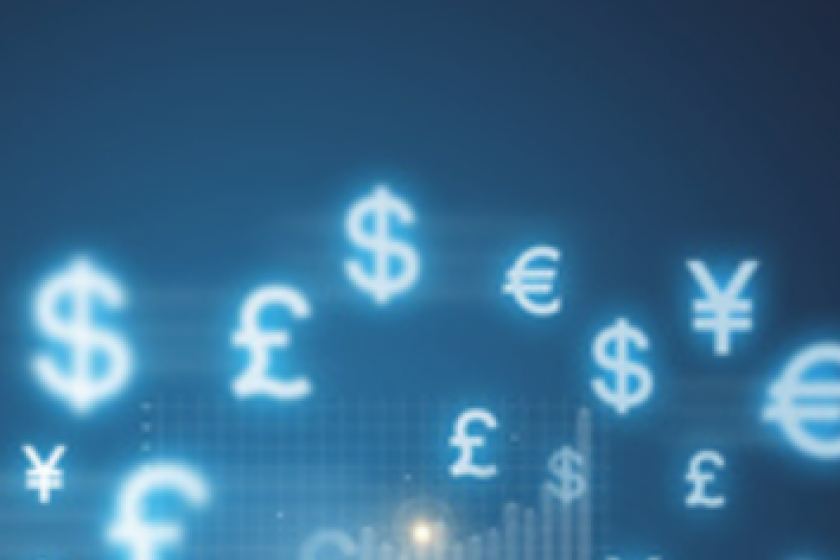 The Australian Dollar gained ground Wednesday extending its run from the 9 Feb low 0.7760 during another massive NY session. US CPI and Retail Sales the highlights, CPI Printing better than expected at 2.1% and Retail Sales worse. The markets went nuts as a result buying AUD to 0.7930 where it levelled out Thursday. Key Australian unemployment numbers yesterday have shown the Australian economy is robust as the unemployment rate remains the same at 5.5%. There was little impact on the AUD from the data. Next week we have a light week with data –only Monday’s Monetary Policy Minutes of note. END_OF_DOCUMENT_TOKEN_TO_BE_REPLACED 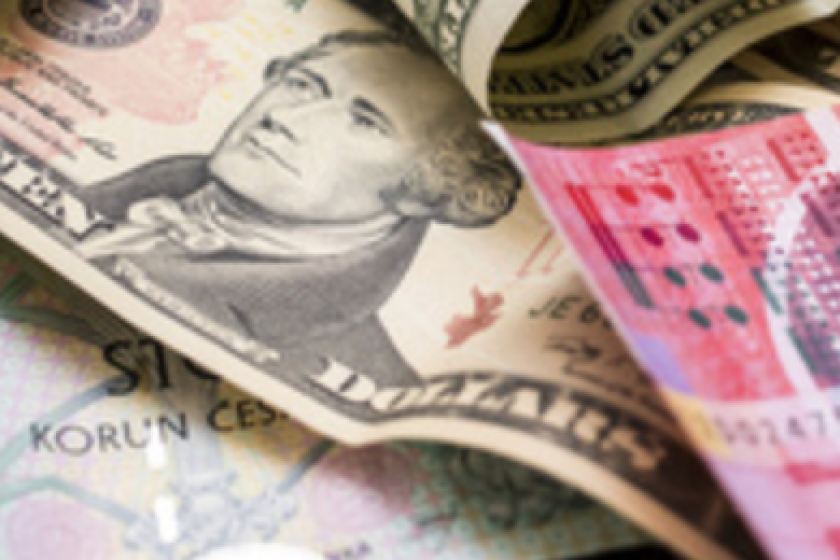 Equity markets in the US turned back into positive territory Friday, the Dow up 1.4% although there is a way to go to match the late January high of 26,616. The Nasdaq is also trading above 1% for the day. The big mover was Crude, down 3.3% to trade back below 60.00 plunging more than $5.00 amid a surging US Oil production, suggesting the oversupply could be a theme over 2018. The US government has ended the short shutdown with the agreement of raising the federal budget cap by nearly $300 billion, signing a two-year spending deal. Meanwhile medical marijuana continues to grow in support across the US. Virginia last week allowed state residents to take cannabis oil for treatment of severe epilepsy and cannabis stocks are on the high with more widespread acceptance. The Canadian leader Trudeau spoke on Friday on NAFTA as he tries to win support from US lawmakers to keep trump from boycotting the North American free trade agreement as he has threatened to do several times, this comes where US trade representative Robert Lighhizer grows more frustrated with the government. The last session of the week was reasonably calm after a huge amount of volatility. The USD and the Japanese Yen (JPY) gained ground while the Pound (GBP), EUR, Aussie Dollar (AUD) and New Zealand Dollar (NZD) all depreciated following the stock market crash on Monday and again on Thursday. END_OF_DOCUMENT_TOKEN_TO_BE_REPLACED 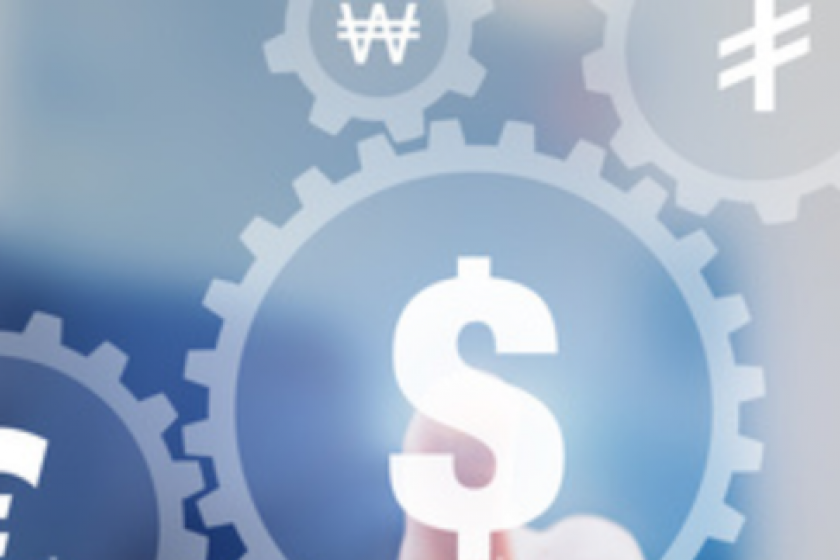 US equity markets continued to fall on Friday, in-spite of the crucial Non-farm payrolls figure coming in above expectations. Wall Street had its worst week since June 2016 with the Dow Jones Industrial Average and the S&P both dropping over 4%. Both the Dow and S&P500 were sharply lower, over 2.5% and 2.12% as the worsening bond rout heightened concerns that the Federal Reserve will accelerate its rate-hike schedule. Comments from Dallas Fed President Robert Kaplan suggesting that Fed officials may need to hike interest rates more than three times this year to moderate the economic advance, further exacerbated the selling tone. Selling was broad based across all 11 sectors of the S&P500, with energy shares sinking 4.1% as earnings disappointed and the crude price slumped. The tech selloff worsened, pushing the Nasdaq 100 Index lower by 2.1 %. Not even a record rally at Amazon could halt the decline, as shares in the world’s biggest company, Apple Inc hit their lowest level since October. END_OF_DOCUMENT_TOKEN_TO_BE_REPLACED

There was little new of note from Trump’s speech at Davos, with the main comments being that “America first” did not mean “America alone”. There was no comment around the NAFTA talks, although he did allay some fears around the potential for trade or currency wars. It will be an interesting week for the US (USD) this week with President Trump’s first State of the Union speech tomorrow, the Fed meeting on Thursday and then January Non-farm payrolls on Friday, all having potential to move the market. The Federal Open Market Committee meeting this week is likely to reinforce broad market expectations of three hikes this year thanks to a more upbeat outlook for the US and global economies, and somewhat diminished concern about low inflation. This Fed meeting will be the last with Janet Yellen as Chair, having been succeeded by Jerome Powell. The market will be focused on the tone of any press -release afterwards to see whether the slow and steady pace of rate hikes will continue as per under Yellen’s stewardship, or something different. Currently the market is anticipating that interest rates will increase 3 times over the 2018 calendar with some outliers picking 4 Fed rate increases. This week will also bring Australian CPI data on Wednesday and a raft of data for China over the week. END_OF_DOCUMENT_TOKEN_TO_BE_REPLACED 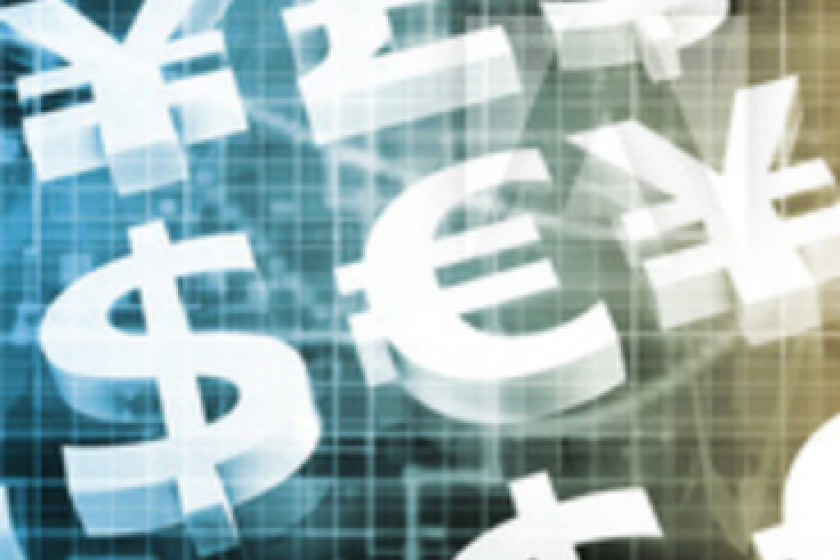 The main news of the week is the continued shutdown of the US government which has seen the USD remain under pressure. Funding for the federal agencies ran out on Saturday with Trump and Republican lawmakers locked in a standoff with Democrats. As the shutdown entered its second day, there appeared to be no clear path for a quick end to the crisis, however at the last minute a stop-gap deal was cobbled together that would fund the government through Feb. 8th. Advancing the spending bill clears the way to reopen the government after a three-day shutdown, although that could merely delay the fight over immigration, which has been the major point of contention for several weeks. In an update to its forecasts presented to the World Economic Forum at Davos in Switzerland, the International Monetary Fund (IMF) has raised global economic growth to 3.9% in 2018 and 2019, up from the 3.7% per year it forecast last October. It lifted its forecasts for US growth from 2.3 % to 2.7% in 2018 and from 1.9 to 2.5 per cent in 2019. It commented that the short-term growth boost brought about by the US tax cuts will have a positive, albeit short-lived, output spill over for US trading partners. However, it also pointed out that it was likely to widen the US current account deficit, strengthen the USD, and affect international investment flows. Later this week there will be an ECB policy meeting and accompanying press statements (Thurs) and of Bank of Japan policy meeting and interest rate decision later today. These are expected to reaffirm the course of winding back monetary stimulus. END_OF_DOCUMENT_TOKEN_TO_BE_REPLACED 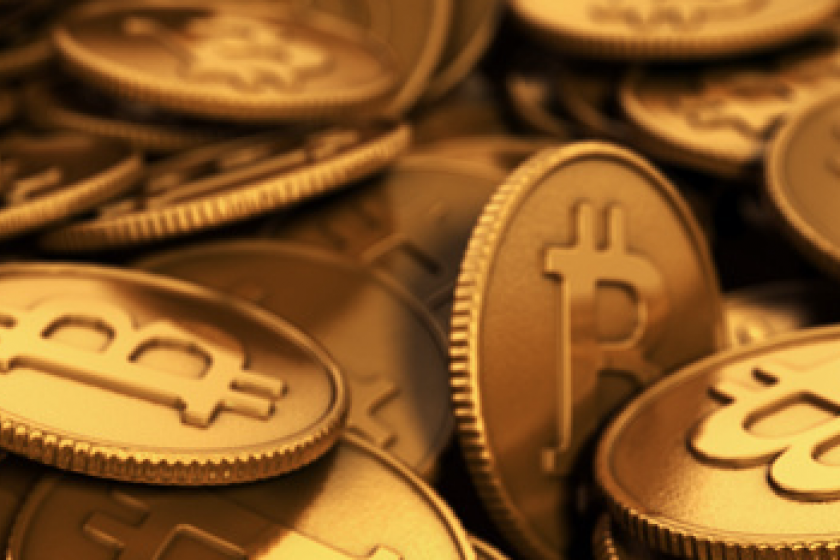 What to take from the recent Bitcoin collapse

The past couple of days has seen some serious volatility in Bitcoin and other cryptocurrencies. Many, including Bitcoin, lost over 40% of their value and although the carnage seems to have halted for now, what are the broader ramifications?

The main point to note is that when ANY market goes parabolic, and starts to make exponential gains, the correction is usually swift and the declines significant. No market that’s gone exponential stabilises at the highs. No one knows where that peak will be made until after it’s been put in place, but it’s usually very short lived. END_OF_DOCUMENT_TOKEN_TO_BE_REPLACED 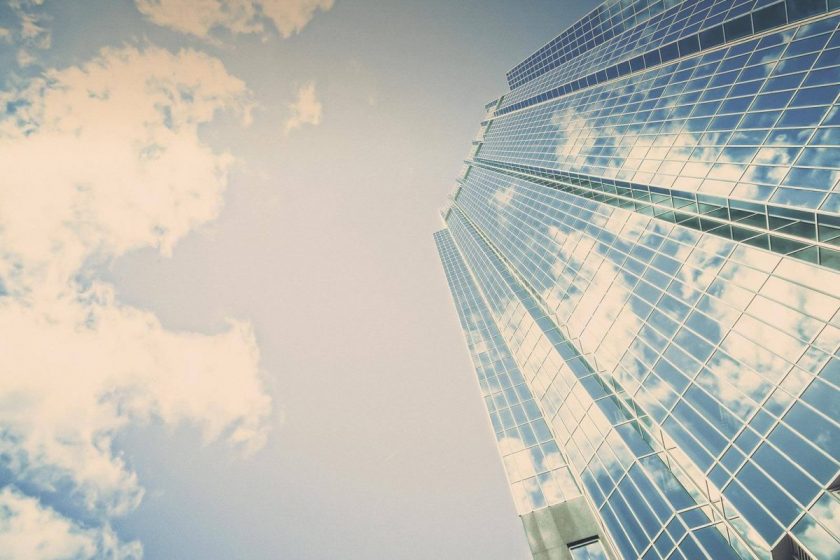 It has been a quiet start to the week as US markets were closed Monday to mark Martin Luther King Day. CPI data for the US released Friday, showed that although headline inflation data was below market expectations, increasing by 0.1%, after a 0.4% increase in November and under economists’ estimates of 0.2% for the month, the core inflation rate was stronger than forecast increasing 0.3% on the month. US retail sales data for the December period increased, also released on Friday, printed in line with expectations coming in up 0.4% following an upward revision of 0.9% for the November figures. Friday’s inflation data should underscore the view that the Fed will continue to normalise interest rates over the course of 2018. The EUR surged higher as news emerged that German Chancellor Angela Merkel is likely going to be able to form a ‘grand collation’, with the SDP solidifying her position. The SDP has to has to approve the deal at a special party conference but the removal of the risk of another election saw buyers pile into the EUR. On the local scene there has been little in the way of data this week, but there is another Global Dairy auction on Wednesday morning with farmers looking for another rise to build on the previous hike in prices at the last auction. END_OF_DOCUMENT_TOKEN_TO_BE_REPLACED